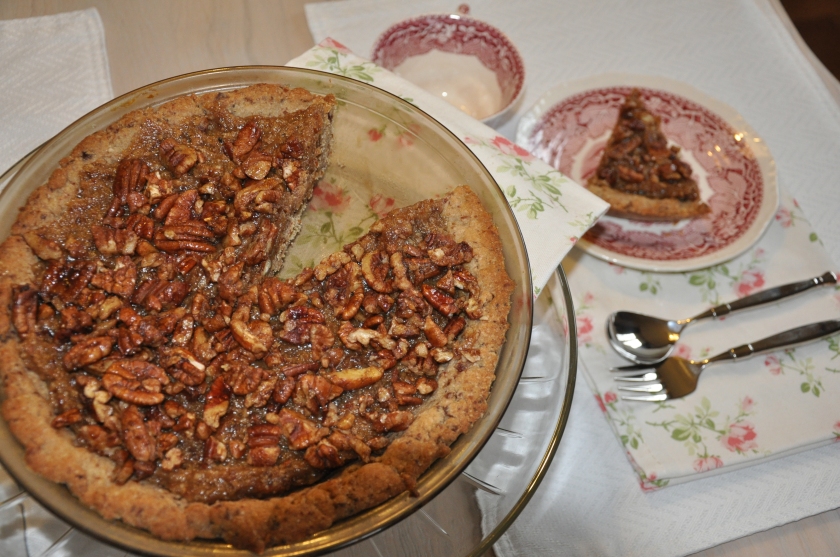 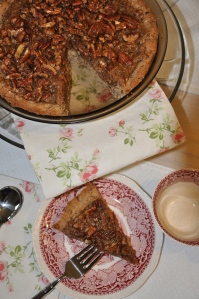 This pecan pie was a huge hit. Maybe one of my most popular desserts yet! I made it a while back for friends, and each one of them loved it.  I wish I could show you just how amazing it tastes, especially the insanely creamy pecan and date infused caramel middle. It also totally melts in your mouth against the ever so slightly crunchy base, and the toasted maple pecans on the top.  So wonderfully indulgent and decadent, yet so healthy. Who knew that a gluten-free, dairy free, refined sugar-free, vegan pecan pie could taste better than a normal one?!!

The ingredients list is amazing: almonds, pecans, cashew nut butter, dates, coconut oil, cinnamon and a little pure maple syrup. Really a long way from a traditional pie, and so much more delicious. You’ll be getting tons of wonderful plant protein from all the nuts, as well as a lot of skin enhancing vitamin E from the almonds, fibre from the dates, anti-inflammatory goodness from the coconut oil and blood balancing awesomeness from the cinnamon! I used a little pure maple syrup in this recipe instead of agave, as in this pure form it still has a relatively low GI and is easily digestible. It’s a good choice of natural sweetener when you’re after a rich taste as it adds a caramel like flavour, which here really complements the dates. But please make sure you use only PURE maple syrups, the other ones all contain nasty ingredients that won’t do anything for your health.

Start by pre-heating the oven to 180C. Then make the crust. Place the almonds into a food processor and blend for a minute to form a flour, then add the buckwheat, cinnamon, honey, dates and coconut oil and blend again to form a sticky mixture.

Coat the bottom of your baking pie dish with coconut oil to prevent the pie from sticking, before using a spatula to cover the bottom with the mixture.

Bake for about 15 minutes, until the top becomes nicely browned and is hardening.

While this cooks make the middle layer. First place the pecans in the food processor for a minute to allow them to crush down into a cross between a nut butter and a flour, then add the cashew butter. Once those have mixed add the maple syrup and pitted dates. Allow these to blend as you gradually add the water. Keep this mix in the fridge until your ready to spread it over the base.

Finally place the pecans for the topping in a baking dish with the maple syrup and cinnamon, mix them all together and bake for 5 minutes at 180C, until they become a little browned and crunchy.

Once the pie base has cooked allow it to sit for a few minutes, before spreading the middle layer across it and adding the pecans on the top. You may need to leave it for an hour or so to set fully.